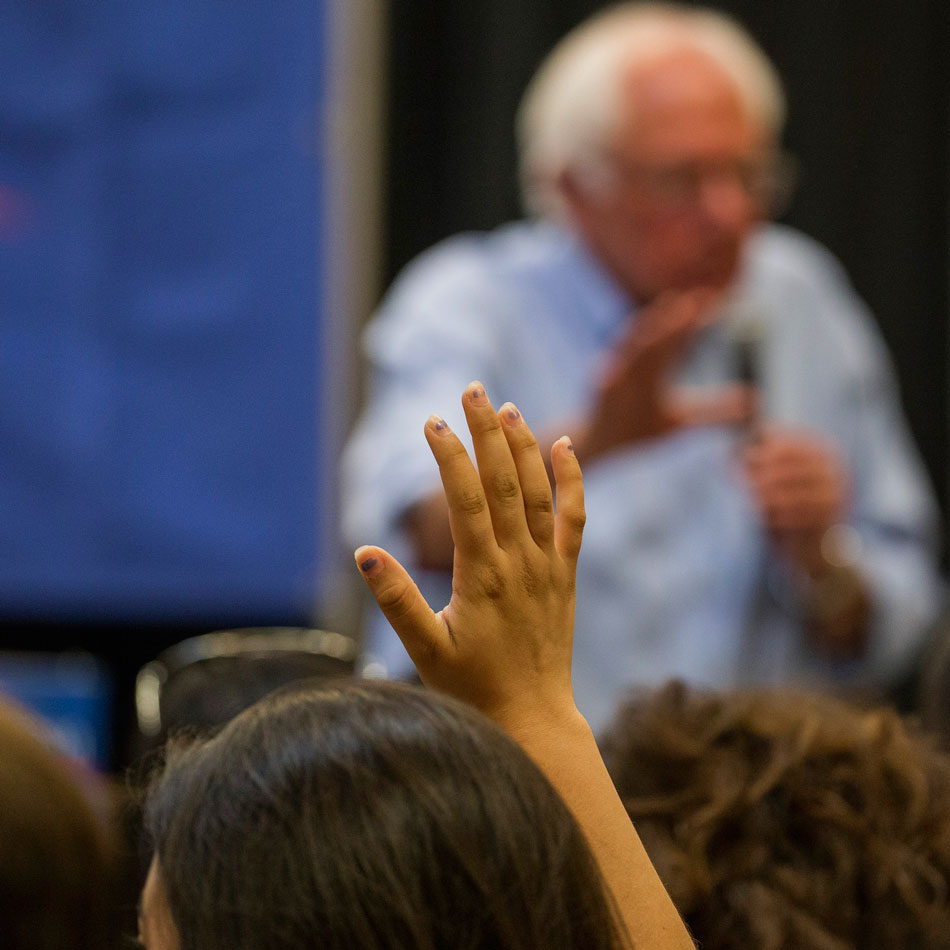 The 2016 U.S. election has so far been about the rise of the outsider candidates. The controversial Donald Trump is the clear leader in the GOP slate, recently posting big wins in Florida, Illinois and North Carolina. On the Democratic front, there’s the 74-year-old senator from Vermont, Bernie Sanders.

In my latest MediaPost article, I explore Sanders’ rise and the way his campaign has resonated with young voters. While Hillary Clinton is leading in overall delegate count, Sanders is dominating the young vote. According to entrance polls in the Iowa caucuses, he beat Clinton by a whopping 84-14 margin among those ages 17-29. In New Hampshire, he won among voters 18-29 by a similar 83-16 margin.  In Nevada, where he narrowly lost, Sanders still won among caucus-goers 17-29 by 82-14. Sanders is dominating among voters under 45 in every state.

On the Republican side, there has been no similar youthquake, despite a Twitter/reality TV-friendly candidate (Trump) and two other candidates among the youngest to seriously vie for a nomination (Marco Rubio and Ted Cruz, 44 and 45, respectively). Before suspending his campaign, Rubio hasn’t been shy about pitching his age and the idea of a generational change as reasons to vote for him. However, young Republicans have shown no particular preference for one candidate in the polls to date.

Sanders is doing something right, and for marketers, his campaign provides some valuable business lessons to consider.

Many voters distrust politicians, but Sanders stands out as somebody who says what he means, means what he says, and has done so for decades.

As a youth political expert tells The Guardian, “He’s been a consistent warrior against economic inequality since the ’60s, and he hasn’t changed a bit.” Unlike most presidential candidates, Sanders speaks in an unpolished way, with a thick Brooklyn accent that Larry David has imitated to great comedic effect on Saturday Night Live. Young people see Sanders as the real deal.

Sanders demonstrates why authenticity is critical today, not just in politics, but also in business. Now’s the time to evaluate the sincerity of your brand. Since Holden Caulfield, teens have been able to smell BS a mile away. Be real, or risk losing the trust of young customers.

Sanders is very good at offering specific solutions. When it comes to income inequality, in particular, he puts forward ideas that are uniquely tailored to young people. Recognizing that student debt and healthcare benefits are big issues, Sanders is promising a free college education and further health care reforms. His campaign is also proposing finance reforms to ensure lobbyists from big firms don’t stop these proposals.

For marketers, the lesson here is clear: listen to young customers. Build a branded community of young customers and engage with them on an ongoing basis to learn what’s on their mind. By gaining deep customer intelligence, you can you launch products, create marketing campaigns and provide experiences that speak to the young customer.

In the past, political campaigns have relied on linear TV, “dead tree” mailers, phone calls and door-to-door visits. Learning from Obama’s success in the 2008 and 2012 elections, Sanders has been innovative in his approach to reaching young voters. For example, he offered free keychains to anybody who texted BERN to a certain number. His campaign then had the voters’ cell numbers, and would send them information as well as fundraising solicitations.

More than any other campaign, Sanders targeted 17-year-olds in Iowa. He also developed a comprehensive Twitter, Instagram and Facebook strategy, sometimes relying on celebrities with a large following to be his social media ambassadors.

As a result of these innovative approaches, Sanders has become the social media king of this campaign. He has the largest Facebook following of any presidential candidate, and his posts have the highest engagement. His hashtags are some of the most popular on Instagram.

As your brand discovers its authentic attributes and connects them to real teen needs, make sure to communicate this on the proper channels. Talk to young customers, find out the platforms that matter most to them and look for meaningful ways you can build your presence in those channels. When using social media, consider pre-testing your messages—for example, through a community of Gen Z and millennial customers—to ensure that they communicate what you intended.

As I’ve shared in MediaPost, even if Sanders doesn’t become the next U.S. president, he has already changed the way the political game is played with teens and young adults. By adopting some of his best practices, you too can “feel the Bern” and get the attention of both millennials and Gen Z customers.