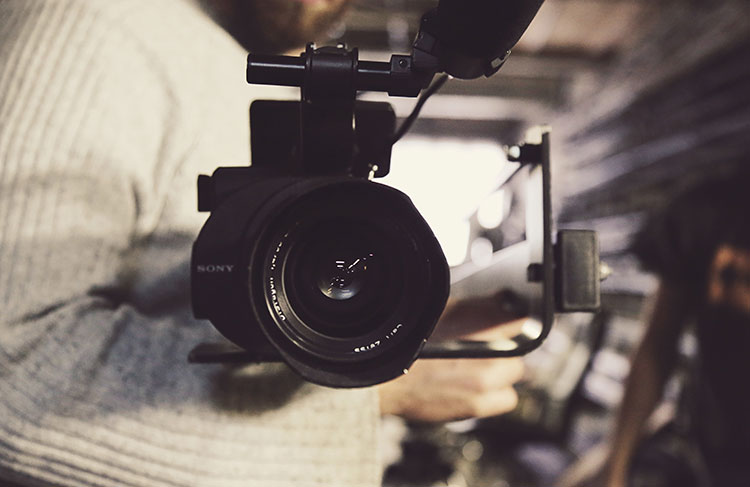 Companies from the most unexpected industries are starting to look a lot like media companies.

Snack food giant Mondelez International, for example, recently announced it is getting into the media business and launching a content monetization practice. The idea is to create a new revenue stream by producing TV shows, online videos and other types of content that can be sold to other companies. The initiative will help Mondelez—a CPG behemoth with a portfolio of household brands such as Oreo cookies, Triscuit crackers and Toblerone chocolate—generate additional revenue by producing content that’s commercially viable.

PepsiCo, another food and beverage conglomerate, has been in the media game for a few years now, recently investing in a state-of-the-art content studio in Manhattan. Interestingly, the goal of the so-called Creators League studio isn’t to create materials explicitly mentioning or promoting its brands. Brad Jakeman, president of global beverage group at PepsiCo told AdAge that the “goal is to behave like a Hollywood studio.” It will work with companies like AOL to produce scripted series, music recordings and other types of unbranded content.

This idea is catching on. Over the past two years, companies like L’Oreal and Cara, owners of several restaurant chains in Canada, have launched similar media-related initiatives with promising early results. More companies are branching out and stepping up efforts to produce superior content—especially the kind that people and brands will pay for.

Here, we explain what’s driving the adoption of content monetization and the challenges company leaders will face as they flood the media industry.

The idea of creating branded content is not new. The popularity of social media and blogs drove content marketing into the mainstream, as experts pushed brands to “think like publishers.” The rise of content marketing brought a realization that high-quality content attracts a greater target audience.

An unlikely and early adopter of content monetization is Red Bull. In 2007, the company launched Red Bulletin, a men’s lifestyle magazine that covers art, sports and adventure. The magazine circulates 2.3 million copies per month in 10 countries with 550,000 paid subscribers.

While companies like Red Bull already dabbled in content monetization, the recent announcements from Mondelez and PepsiCo could signal accelerated adoption of this trend.

There are several notable factors driving the growth of this trend:

“This is a really important part of our growth strategy in terms of increasing our investment on our power brands, those brands that are higher growth and higher margin,” Henderson tells AdAge. Mondelez plans to monetize its content by selling distribution rights, advertising and brand integrations.

PepsiCo has similar aspirations with its Manhattan content studio. “The holy grail for me is to leverage the incredible power of our brands and their equities to essentially fund their own marketing,” Jakeman explains, adding that some media companies have already approached PepsiCo’s studio to provide content for them.

Companies see content studios as a way to drive creativity—something that, some executives believe, can significantly add to the services agencies provide.

“I’ve been asking the ad industry now for years to evolve their model,” lamented PepsiCo’s Jakeman at this year’s Cannes International Festival of Advertising. This dissatisfaction with agencies motivated the company to open its own content studio.

According to Jakeman, the studio will complement—not replace—the work agencies do with PepsiCo. While the company will continue to work with agencies, it will also commission some projects to its in-house studio.

Mondelez considers content production as a necessary move to improving engagement with consumers.

“The audience is in the driver’s seat choosing when, how and where to watch content,” Henderson says about the need to create better content. “[Consumers] can skip ads, block ads and avoid ads in their entirety. Advertising is no longer an assumed part of the content consumption equation.”

The audience is in the driver’s seat choosing when, how and where to watch content.

The jump from content marketing to content monetization is a huge leap for many companies. There’s a huge difference between creating content that inspires people to retweet (think: Oreo’s infamous “You Can Still Dunk in the Dark” SuperBowl tweet) and that which consumers or other brands will pay for.

This issue is one that traditional media companies know well. Over the past decade, the media industry has struggled to capture and hold the attention of an increasingly fickle audience. People have a world of choice when it comes to the content and media they consume. To attract a decent audience size and unlock new revenue streams, companies need compelling content.

In an interview with the Wall Street Journal, Henderson says “if we stay focused on that guiding light of creating content that’s good enough to make money, it is going to help us make sure we’re producing content that people want to watch.”

Creating pay-worthy content requires creativity. But more importantly, it requires deep audience intelligence. Content studios that want to charge for content need to understand audience motivations, attitudes and aspirations. Companies need to engage with customers on an ongoing basis in order to gain a deeper understanding of their target audience. Ongoing customer engagement can help spark creative ideas for new types of content to pursue and identify which content types and themes to avoid.

As content monetization is new for many industries, figuring out the most effective distribution channels is critical. For now, companies looking to monetize content go about it in different ways. While PepsiCo decided to open its own studio, Mondelez prefered partnering with media companies.

Among Mondelez’s first foray into content monetization, for example, is a one-hour TV special called Heaven Sent that promotes its Stride Gum brand. The show, which will air on Mondelez partner Fox, features a skydiver attempting a 25,000-foot jump without a parachute. Another media partner, BuzzFeed, will co-create branded, food-centric content for Mondelez.

Regarding the decision to partner with media brands, Henderson says, “We think that the content game is a really hard one and so we're focused on partnering with those who are best equipped to understand their audience and communicate in a compelling way.”

Creating strategic partnerships is potentially an easier way to launch content monetization initiatives than opening content studios. But to find the right partner, companies need to leverage customer intelligence and find out which media outlets their target audiences already patronize. Without an understanding of people’s media consumption habits, companies are at risk of collaborating with companies that don’t have the right audience.

Creating high quality content requires significant investment in time and resources. Companies need to spend money not just in producing content, but, in many cases, marketing and distributing it.

There’s also the cost to the brand. If the content fails to resonate with its target audience, the company’s brand equity could suffer.

That’s why it’s critical for companies to involve their customers throughout the content-production process. Investing in customer intelligence software like an insight community can help companies get new content ideas, optimize marketing campaigns and provide real value to consumers.

Customer engagement is key to success in content monetization

Content monetization presents an opportunity for companies to move content marketing from a cost center to a profit-generating machine. To thrive in this relatively new practice, however, companies need to get closer to its target audience in order to make important decisions on content, distribution and business models.

CPG Agility is the new competitive advantage in CPG