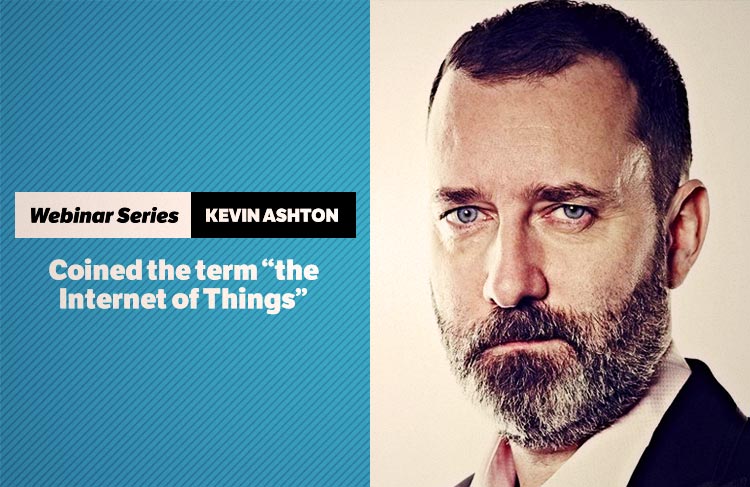 Meet Kevin Ashton, the visionary technologist who named the Internet of Things

An app that times your coffee machine so you always wake up to a fresh, hot brew. A gardening gadget that notifies you whenever a plant needs watering. An automatic lock that secures your front wheel as soon as it detects that you’ve stepped away from your bike.

Over the last few years, the retail market has seen a proliferation of “connected” and “smart” products—everything from smart toothbrushes to connected refrigerators. This market is part of the Internet of Things—a market poised to reach $276 billion annually by 2020.

Kevin Ashton was one of first people to see the potential of this lucrative space. Back in 1999, he coined the term “Internet of Things” before anything, except computers, was actually connected to the internet. In the last two decades, Ashton challenged businesses to imagine a world where the internet will permeate all aspects of people’s lives.

A visionary technologist, Ashton has led three successful startups and co-founded the Auto-ID Centre at MIT. His recent book on creativity and innovation, How To Fly A Horse: The Secret History of Creation, Invention, and Discovery, was named as one of the top leadership books of 2015 by Tech Republic .

Ashton’s impressive insight on technology is why we’re excited to welcome him to our upcoming webinar, How Businesses Win with the Internet of Things.

What is the Internet of Things and why should businesses care?

In a recent interview with the Smithsonian Magazine, Ashton describes the IoT as a network of “eyes and ears” for computers: “In the twentieth century, computers were brains without senses—they only knew what we told them. That was a huge limitation: there is many billion times more information in the world than people could possibly type in through a keyboard or scan with a barcode. In the twenty-first century, because of the Internet of Things, computers can sense things for themselves.”

The business world is now waking up to the potential of IoT. According to General Electric, investments in the industrial side of IoT will reach $60 trillion in the next 15 years. Many companies have recently launched connected device programs in an attempt to gain first-mover advantage.

But while the potential of the IoT market is huge, companies face significant challenges as they launch products in this space. Validating ideas and concepts, for instance, is critical to ensure that your products are addressing real customer needs. Given the amount of data coming from connected devices, companies also need to figure out how to use that wealth of information to improve the customer experience. And as the market matures and consumer expectations change, companies will need ongoing customer insight to remain ahead of the competition.

As the visionary that predicted the rise of IoT, Ashton has a unique perspective on these topics. His insight is sought after by industry peers, business leaders and the media. Our webinar with Ashton is a rare opportunity to connect with a technologist leading the charge on one of the biggest forces shaping consumer behavior today.