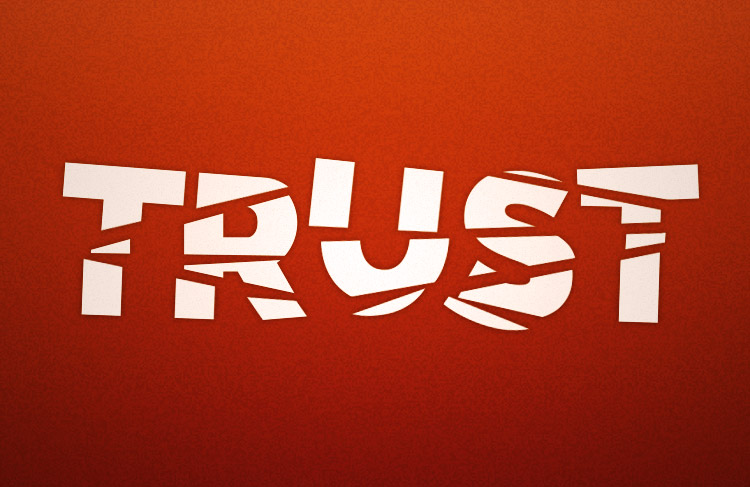 Building brand trust in an era of fake news and skepticism

In the era of “fake news," it should come as no surprise that trust in the media has hit rock bottom in the United States.

This year’s Edelman Trust Barometer report found that trust in the media in America has hit its lowest point in history. Americans are trusting their peers less too, with fewer people believing the point of view of “someone like me.”

Since both are channels that inform buying decisions, this report should be a wake-up call for any business that markets to the general public. How can companies build real relationships with customers and establish brand trust in this environment?

The polarization of trust

The 2018 Edelman Trust Barometer reveals "a world of seemingly stagnant distrust.” Although the annual report found that trust in business, government, and NGOs remained largely unchanged from 2017, dramatic shifts have taken place at the country level and within the institution of the media. For the first time, there is a distinct split between extreme trust gainers and losers. No country saw steeper declines than the United States, with a 37-point aggregate drop in trust across all institutions, while China experienced a 27-point gain, more than any other country. Russia and South Africa fared better too.

For the first time, there is a distinct split between extreme trust gainers and losers.

In fact, China found itself at the top of the Trust Index for both the general population at 74 percent, and the informed public at 83 percent. Institutions within China saw significant increases in trust led by government, which jumped eight points to 84 percent among the general population, and three points to 89 percent within the informed public.

The United States is enduring an unprecedented crisis of trust, said Edelman president and CEO, adding that it's ironic this is happening at a time of prosperity. In fact, trust among the informed public in the U.S. plunged 23 points to 45, making it the lowest of the 28 countries surveyed. The collapse of trust is driven by a staggering lack of faith in government. This fell 14 points to 33 percent among the general population, and 30 points to 33 percent among the informed public.

The bad news and the good news

The 2018 Trust Barometer found 63 percent of respondents don’t know how to tell good journalism from rumor, or whether a respected media organization had produced a piece of news. But the public doesn't rely solely on news media organizations to stay informed. We also use search engines and social media.

The irony is that these platforms—once hailed as the future of media—are hurting too. The rising distrust of traditional media comes at a time when social media giants such as Facebook are facing intense scrutiny about their role in spreading disinformation. The Huffington Post recently announced it would no longer rely on unpaid bloggers. Facebook, meanwhile, is now asking its users to rank news sources by trustworthiness. These decisions would appear to recognize the value of traditional journalism and paying people to produce stories.

These changes also suggest that it’s not all doom and gloom. Even the Edelman Trust Barometer found voices of expertise have regained some credibility. And that’s where brands need to focus.

While trust in media and peers hit rock bottom, Edelman saw a revival of faith in experts as technical and academic experts distanced themselves as the most credible spokesperson from “person like yourself.” It suggests that in this day and age of fake news, credentialed sources are proving to be more important than ever.

Clearly, there’s a gap to be filled by experts. Edelman found business is expected to be an agent of change, with 72 percent of respondents saying they trust their own company. Another 64 percent believe a company can take actions that both increase profits and improve economic and social conditions in the community. CEOs also saw their credibility rise by seven points to 44 percent thanks to several high-profile business leaders voicing their positions on the issues of the day.

In fact, nearly two-thirds of respondents say they want CEOs to take the lead on policy change instead of waiting for government. This show of faith comes with the expectation that building trust is the number one job for CEOs, and more important than producing high-quality products and services. If that's the case, businesses need listen to current customers to be successful. By taking the time understand what’s important to their customers, brands can position themselves as the experts people want to follow.

Despite revealing a strong wave distrust among the general population, particularly of media and government, the Edelman Trust Barometer also presents an opportunity for brands who realize the importance of listening to customers. Building relationships with customers will enable them to make smarter decisions and establish expertise in specific areas. By next year, those who’ve lost the trust of the public be able to follow suit and mend some fences.