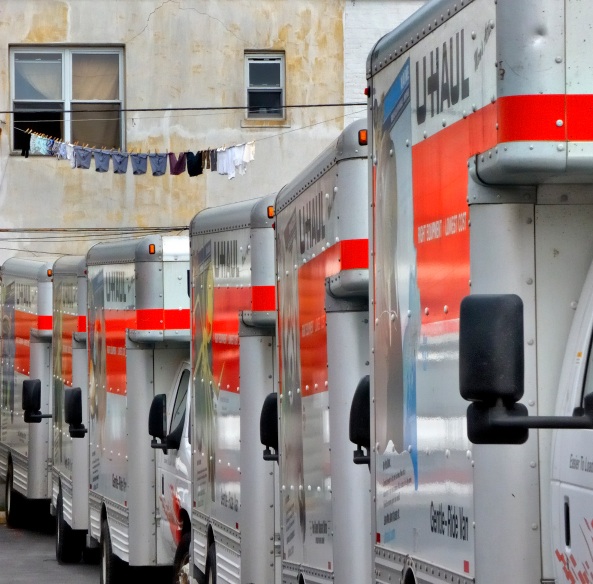 5 examples of established brands innovating in the Collaborative Economy

In the webinar The New Rules of the Collaborative Economy, Jeremiah Owyang, the leading authority in the area of the collaborative economy, shared data on the incredible growth of sharing and what it means for large enterprises.

As we revealed in a 2015 report, participation in this on-demand, peer-to-peer economy has grown by 25 percent in the last 12 months alone. More than 110 million people in North America are now part of the collaborative economy, and eight in 10 Americans will be part of it by 2017.

Since the collaborative economy is driven mostly by startups, it raises an important question: how are established brands adjusting to this market? Below, we’ve listed five examples of global brands that are innovating in the collaborative economy. Register for our webinar to hear more examples and to explore strategies and tactics you can use to thrive in this business landscape.

Coca-Cola, a 130-year old brand, is now participating in the collaborative economy, thanks to a platform that funds and nurtures sharing startups. The platform is called Founders Program, and it gives startup founders the resources they need, including seed funding, to help solve the company’s “billion-dollar challenges” and “hopefully grow into self-sustaining businesses of their own.”

One success story from the program is Wonolo, an app that connects people to short-term jobs at big brands, in the same way that sharing services like Taskrabbit do. Wonolo, which was founded in 2013 by two Coca-Cola employees, raised more funding in May 2015, which will allow it to expand in more cities and “not just in San Francisco.”

An early adapter to the collaborative economy, U-Haul launched the U-Haul Investors Club, a crowdfunding platform, in 2011. Borrowing the idea from sharing services like Indiegogo and Kickstarter, the program “allows individuals to fund innovation in the company’s fleet of vehicles,” according to Forbes. It empowers everyday people to directly fund the company’s  activities and share in the profits.

The program creates two benefits for U-Haul: it gets funding with lower lending rates while creating “a special kind of loyalty over the long term.”

The high-end clothing company Patagonia has cultivated a loyal following thanks to its reputation as an ethical brand. For the company, environmental sustainability isn’t just a motto—it’s a business mission.

In recent years, the company has launched bold initiatives to remain true to this mission. In 2013, it partnered with eBay to create a site where customers could sell their secondhand Patagonia products. And then in 2014, the company invested in Yerdle, an online marketplace for preowned goods.

"We like the idea of the [Yerdle] model because it keeps products in exchange, it keeps them out of landfills," Rose Marcario, CEO of Patagonia, said about the deal. The investment came after several joint campaigns between the two companies, including an anti-Black Friday event in November 2013.

Our report shows that the re-selling of pre-owned goods is still the most dominant form of sharing. Partnering and investing in sharing services, as Patagonia has done, is a straightforward way for established enterprises to enter the collaborative economy.

"From our market research, the first early adopters were young male technophile customer, and now we’re seeing the growth of the mainstream customer," revealed Tony Douglas, BMW's head of marketing and sales for mobility services, to Automotive News Europe about the initiative.

In October 2015, BMW revealed that DriveNow has “more than 500,000 customers in nine cities across the world, making over half a million trips per month.”

Participating in the collaborative economy doesn’t necessarily mean enabling your customers to sell to other customers like Airbnb or Uber. Building a community where customers could co-create with your brand can be just as powerful.

In an article for Entrepreneur, Andrew Reid, founder and president of corporate innovation at Vision Critical, shared this example:

By tapping into the crowd and engaging with key audiences through a community-based approach, brands can improve all business functions and products. For example, last year, at Vision Critical, we worked with Discovery Communications to help them tune into 15,000 viewers to gain their feedback on programing, design, advertising and more. As a result, it launched a brand new channel that viewers wanted to watch—Destination America.

These examples show that it is possible for large enterprises to compete—and, in many cases, win—in the collaborative economy. The key is for big brands to engage with their customers directly and identify the right business models that will allow them to take advantage of the opportunities in the sharing economy.

Watch the webinar to learn how companies like Ford, Home Depot, Whole Foods and Farmers Insurance have done it and how you can apply the same strategies and tactics in your business.

Note: This is an updated version of a blog post that was first published in May 2014.

Product Innovation How VMware Partners with Customers to Design Products