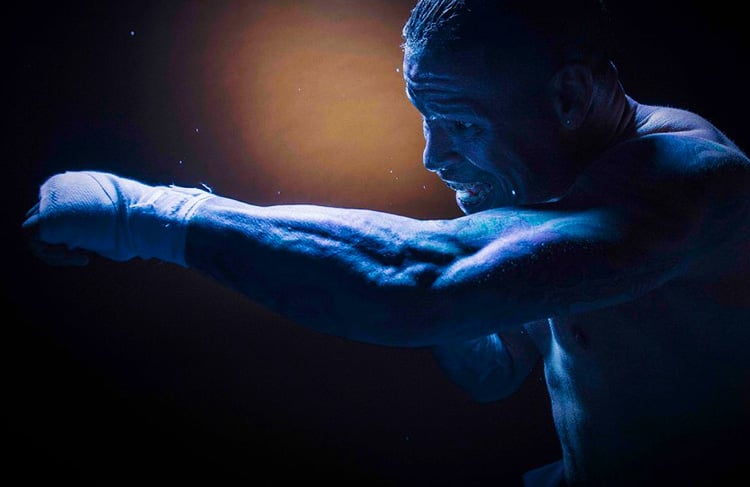 Marketers are looking for the next great campaign that makes a big impact and lets their brand stand out. But that’s easier said than done.

Customers today are bombarded with thousands of ads everyday, and often the key to breaking through the noise is to tap into your customers’ preferences, attitudes and opinions. In 2017, some of the most impactful and memorable marketing campaigns were informed by customer insight. Here’s a look at seven of our favorites.

Sun Life reveals the truth about life after 50

In the U.K., Sun Life launched a campaign featuring people over the age of 50—a demographic rarely seen in advertising unless it’s about medications and health services for the elderly. The campaign, called “Welcome to life after 50,” aims to give more representation to Baby Boomers and to do so more accurately.

The company said the campaign was influenced by customer insight. Atkinson explains, “Some people still believe that turning 50 is something to worry about, that life slows down after that—but after conducting the UK’s biggest-ever study with 50,000 people over 50 we know that’s not the case at all: for many, life after 50 is the best time of their lives,”

Truancy can be traced to a lack of clean clothes, according to research by Whirlpool. So to help keep kids from skipping class, the company provided schools with washing machines. Two school districts—one in Missouri, the other in California—received the washers and dryers, as well as detergent and fabric sheets, for disadvantaged kids. While these schools did have programs to provide better nutrition and social services, they did not have anything in place to address clean clothes.

"As we look at year two program results, it's remarkable to see how this seemingly simple solution has such a sincere impact on absenteeism," said Jennifer Tayebi, communications brand manager for Whirlpool, in a press release following the 2016/17 school year.

Activia spotlights the strength of women

Research shows that 80 percent of women agree they are their own worst critic, says Activia. The company used that insight as inspiration for its national rebranding campaign, “It Starts Inside." The  aim was to spark a conversation and encourage women to overcome their inner hurdles.

Part of Activia’s campaign was its "Don't Tell Me I Can't" film, which features candid interviews with women who face the realization that self-doubt is often the biggest barrier that can hold them back.

“The ‘It Starts Inside’ campaign embraces a new brand purpose and vision to encourage every woman to overcome her inner hurdles and unlock the potential to be her best self," says Carolina Cespedes, senior brand director for Activia at The Dannon Company.

Most people describe Lululemon as a brand aimed at women, but the company is paying attention to masculinity, too. Its research shows 24% of Americans believe their idea of masculinity has changed in the last five years, while 44% agree society has become more open and accepting when it comes to the definition of what’s masculine.

This insight informed Lululemon’s first ever global marketing campaign aimed at men. The goal of the marketing push is to celebrate the growing community of men representing their own definitions of masculinity and strength in combination with the company’s focus on mindful living.

"In successfully pivoting from being a women's brand to one that now appeals to both genders, Lululemon stands in marked contrast to Under Armour, which has seen only limited success in attracting women," Lululemon GlobalData Retail Managing Director Neil Saunders reveals to Retail Dive. "This augurs well for the future as we believe Lululemon has much more runway with male shoppers."

Customer testimonials are always valuable, but the Canadian Tire went a step further with its TESTED FOR LIFE campaign, which had customers vet the retailer’s products and appear in their TV commercials. The testing program sends products for review to roughly 15,000 consumers across the country. The company pre-screens participants to make sure they’re well-positioned to review the items they’re sent.

Canadian Tire’s research shows the broader advertising around the program has helped to increase customers' familiarity with it.

"When we launched this a few years ago, there was already starting to be a discussion about trust, on reviews," Susan O'Brien, Canadian Tire senior vice-president of marketing, shares with the Globe and Mail. "We wanted this [campaign] to be really authentic."

Apparel company REI chose to stand apart from its retail peers. For three years running, it’s chose not to open its 143 retail locations on Black Friday, instead encouraging its employees and customers to #OptOutside to reconnect with family and friends during the Thanksgiving holidays. REI also opened a microsite where people could get recommended hiking trails as well as other tips to enjoy the outdoors.

After further thinking about its customers’ needs, this year REI added “experiential search engine” to help consumers to connect with other outdoor enthusiasts.

“If we’ve invested in helping people get out, enabling them to get out there, how can we connect those dots even more?” REI’s chief creative officer Ben Steele tells Fast Company. “Inspiring them with the stories of people living the life outdoors, enabling them with awesome trail content that gives them the functionality to get out there, augmenting that with classes and events and the best expert advice, and connecting the co-op into one place and one experience.”

The #PraiseUp campaign was driven by AXE customer insight: A study it found young men ages 15 to 25 are shifting towards inclusivity and acceptance, and that there’s a growing trend showing young men feel more comfortable saying things that may have been considered taboo in the past. The study also found that many Gen Z consumers participate in activities that may not have been the norm for their gender.

The brand challenged young men to record themselves giving praise to their friends, forging deeper connections and demonstrating that sharing affection doesn’t make them less of “a real man.” AXE ultimately made a significant shift with #PraiseUp, recognizing the outdated and harmful norms of manhood limit guys’ self-expression, as well as Gen Z’s different thinking.

Everyone’s got something. Give them props for it. Watch @Klow7 & @MStrooo6 show you how to #PraiseUp a friend. #YouGotSomething pic.twitter.com/BptYvv4ZjA

Get closer to your customers

What all the campaigns have in common is a deep understanding of customers. Using insight about their customers' attitudes, behaviors and options, these companies have been able to create innovative and impactful campaigns that stood out in the market. As these examples show, companies need to invest in customer intelligence in 2018 if they want to create campaigns that truly hit the mark.

CPG Agility is the new competitive advantage in CPG