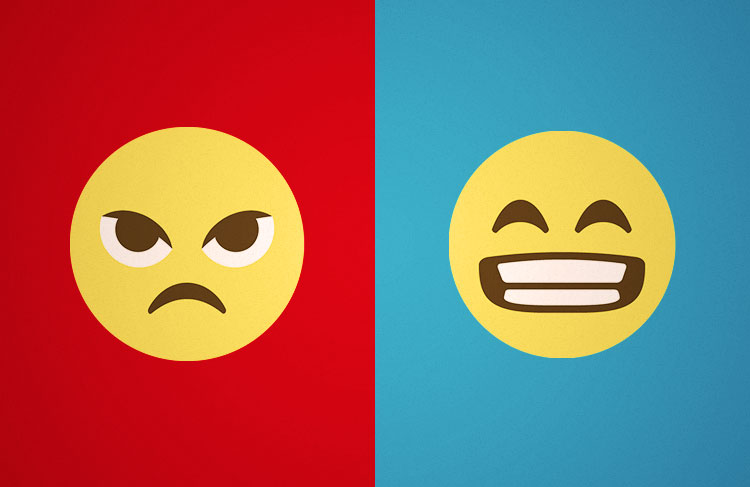 Can you transform angry customers into loyal ones?

An angry customer is still a customer—until they’re not.

That’s why it’s important to keep your cool when concerned customers reach out to your brand, especially in the age of social media, where a misstep can go viral quickly. Keeping a level head can de-escalate the immediate issue, while also cementing existing loyalty and even transforming a consumer who might be new to your brand into a regular.

Below are real-life examples of how brands have delivered excellent customer service to transform a negative customer interaction into a positive experience.

Twitter provides an easy way for disgruntled customers to call out a brand that’s let them down. And it doesn’t take long for an angry tweet to get plenty of unwanted attention.

A study from Applied Marketing Science in collaboration with the social media company highlights the importance of acknowledging negative tweets. The experiment used Twitter data to study customer service interactions in two industries that are rife with customer service complaints: airlines and wireless carriers. “We found that prompt and personal customer service does indeed pay off—customers remember good and bad customer service experiences, and they’re willing to reward companies that treat them well,” the researchers wrote recently for Harvard Business Review.

No one likes confrontation, but you need know what to do when someone starts shaking their fist at your brand.

First, let’s look at what you shouldn’t do. A recent Vision Critical e-book, Love your angriest customers, identified the four most common mistakes that brands make with angry customers: ignoring anger, dismissing concerns, forgetting that the customer is your priority, and digging in your heels. This approach can lead to further confrontation and ultimately, churn. Instead, seize the opportunity to convert anger back into loyalty and positive engagement.

It’s essential you acknowledge customers—even frustrated ones. The Applied Marketing Science study found that people who engaged with a customer service rep on Twitter were more likely to pay more for the brand or choose the brand more often, compared to those who didn’t interact with the brand on Twitter.

Even more important is the speed with which you acknowledge these customers. For example, an airline that responded to a customer’s tweet in five minutes or less led to willingness to pay almost $20 more for a ticket from that airline in future months. Wireless customers, meanwhile, were willing to pay as much as $17 more per month for a phone plan when they received a reply within five minutes of their Twitter complaint.

One caveat—responses to angry customers should come from a live person, rather than a chatbot. The Applied Marketing Science researchers found that a personal connection made a big impact on how the brand was perceived. For example, customers who interacted with a customer service rep who added their name or initials to a reply on social media were more willing to pay more for the brand than those who received anonymous, unsigned responses.

Sometimes, it makes sense to take the conversation offline or at least make it private. Public communications might prompt others to join in. By talking to the person one-on-one, you can prevent the situation from escalating and calm the customer down as you work to resolve the problem. And remember, don’t take it personally. The customer is mad at your brand, not you.

Your customers shouldn’t have to be raging at you to deserve a response either. Some might give you a shout-out over social media to draw your attention to a problem they understand is the exception to the rule but want to give you a chance to fix it.

JetBlue, which has a reputation for being above average in airline customer service, acknowledged a non-inflammatory complaint to a disappointed flyer with empathy. The airline gave him a credit after he tweeted about his inflight TV not working—even though he didn't ask to be compensated. Delta Hotels, meanwhile, caught wind of a customer unhappy with his view and moved him to a better room. This led to a positive blog post about his stay.

Keeping tabs on the chatter about your brand can help maintain loyalty. Don’t discount a little bad buzz online because it can grow quickly.

Unhappy customers are just important as happy ones

Creating a customer-centric culture goes beyond just talking to happy customers. It’s the angry and disappointed ones who are the most vocal. Brands that empathize with their frustrated patrons and proactively engage when there’s even just a whiff of a problem are in a better position to keep and up-sell to existing customers. They also attract news ones from the positive word of mouth that comes from being helpful.

Customer Experience The Value of CX: Why We Need To Start Talking About NPS Again

Customer Experience The CX Divide: How to Overcome the Gap between Lip Service and Action to Get Executive Buy-In for CX Investment