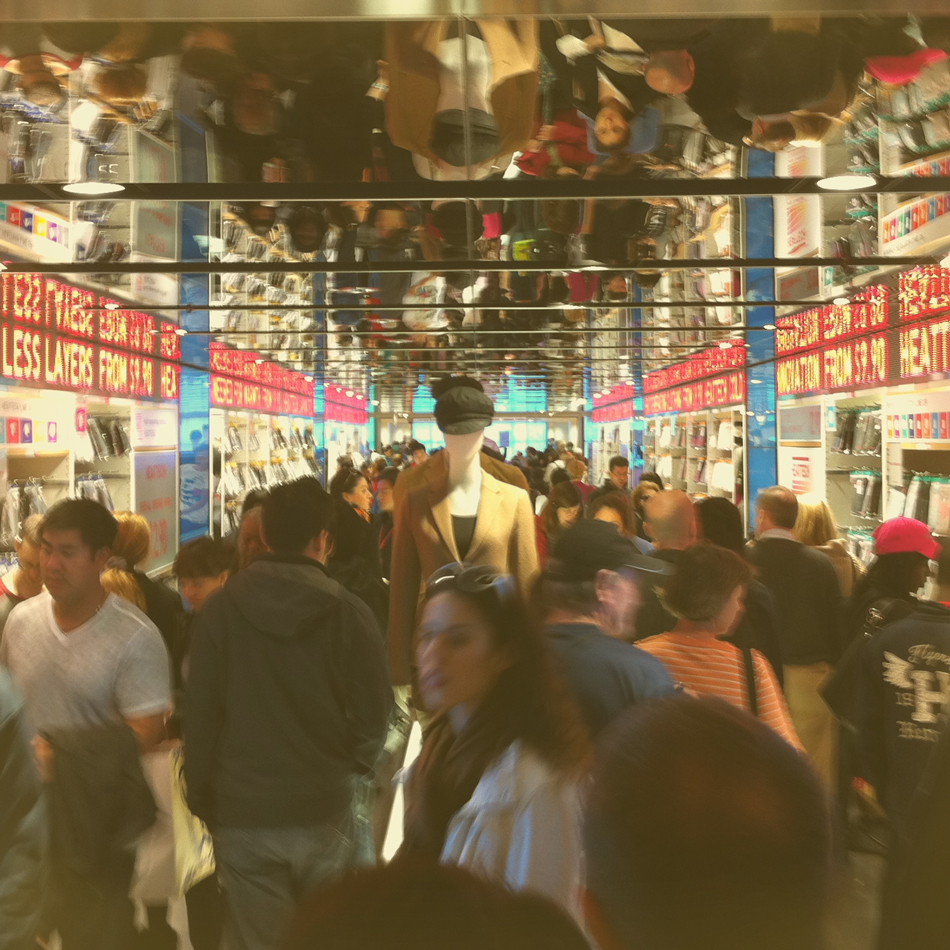 Here’s how Uniqlo plans to dominate the fashion retail world

Japanese apparel company Uniqlo has ambitious plans. The retailer recently said that it wants to generate $50 billion in revenue per year and overtake Zara and H&M as the world’s number one apparel brand. The company plans to do so not by acquiring smaller brands but through organic growth.

“We will become the overwhelming number one brand in Asia, and we will continue our strategy of massive store launches and expand our territory," said Tadashi Yanai, chief executive of Fast Retailing, Uniqlo’s parent company, in 2013.

A major component of Uniqlo’s plan for world domination is its expansion in North America. The company has 40 stores in the U.S. and plans to open up to 100 more in the next few years. In Canada, the company made its debut in 2016 in Toronto.

“As the world’s largest consumer nation, the United States offers the most exciting opportunity for Uniqlo outside Asia,” wrote Yanai in his annual shareholders letter in 2015.

Competing IN a competitive retail landscape

As it tries to deepen its penetration in North America, Uniqlo is entering a highly competitive retail landscape with companies like Abercrombie & Fitch and American Eagle still struggling to turn things around. So what will it take for Uniqlo to stand out?

“As we grow in America, the brand becomes more and more important,” said John C. Jay, president of global creative, who joined Uniqlo in 2014 from advertising agency Wieden & Kennedy. “It’s not good enough for [shoppers] to understand that we make the best quality.”

The company’s unique approach to fashion—a focus on well-designed basics— should help the company differentiate its brand from the pack. “We don't take in all the fashion trends,” Yanai told CNN in 2012 about the company’s philosophy. “Instead, we see our clothes as parts that make up fashion. We're reinterpreting what fashion is through our products.”

That approach varies significantly from the winning fast-fashion formula where companies copy trends from the runway and put them to market quickly. Added Yanai: “We believe clothing doesn't have to have individuality. Instead, the consumers selecting the clothes should have the individuality. The mix-and-match concept is the new way to enjoy clothing.”

Customer intelligence as a competitive advantage

There’s another weapon at the company’s disposal: deep customer intelligence, in particular when it comes to the male shopper. The company’s impressive growth so far is driven in no small part by its ability to connect to male consumers, who makes up half of the company’s customer base. Uniqlo invests heavily in understanding its male shoppers, allowing it to deliver products that transcend fashion trends.

"Uniqlo's clothing is often more fitted than [offerings from] many competitors, because they have done extensive research on what male shoppers want to wear," Laura Gurski, a partner at retail consultancy A.T. Kearney, told Business Insider. “The company has realized that a significant segment of men don't want to wear a shirt that makes them look like a box; they want fitted clothes." As it aims to steal significant market share in North America, Uniqlo will need to demonstrate an understanding of the male shopper in the same way it already has in other markets.

Shopper insight is so important for Uniqlo, in fact, that before opening its 28,000-square foot space in the Toronto Eaton Centre, the company sent its chief operating officer, Yasuhiro Hayashi, to Toronto every month for a year to better understand the Canadian customer. Hayashi, a veteran executive at the company, took notes on what Canadians wore on a day-to-day basis.

“I didn't expect that everyone was so unique and multicultural," Hayashi told The Toronto Star. To reflect Toronto’s diverse population, Uniqlo’s Toronto location features a wider range of sizing and product lines. For instance, its store carries house slippers and other items that are commonplace in its Asian shops.

A slow—and smart—approach to Canadian expansion

So far, Uniqlo’s approach to its North American expansion has been very measured, but the company has a good reason to be cautious. For one, the company’s expansion attempt in the early 2000s faced some bumps, when the company opened too many stores too quickly and was forced to close many of them after a few years.

In addition, many companies are learning the hard way that expanding in a new market is trickier than ever. As Target’s failed Canadian expansion demonstrates, having broad brand recognition no longer guarantees success.

Learning from Target’s disastrous failure in Canada, Uniqlo is taking a slow and smart approach to expansion while considering the unique needs of Canadian consumers. “Our study shows that we are not known in the [Canadian] market,” Hayashi told the Financial Post. To shape its pricing strategy, the company has considered the expectations of Canadian customers.

In the end, the success of Uniqlo’s expansion plans hinges on the company’s ability to do what it does well—providing high quality, tailored products at lower prices—and tweaking it for the North American shopper. Doing so requires a deep understanding of the customer. The company’s commitment to research and development is a good start, but as it ramps up its expansion, customer intelligence will be a crucial source of competitive advantage for the brand.